Melbourne Sports Photography has a team of professional photographers we call on depending on the size of the assignment. You are likely to meet at least one of our core team members.

Craig is a sports tragic - the kind of person who will watch anything, anywhere. He claims to have been reasonable at cricket, soccer, golf, and basketball in his youth. Now days he seems to spend more time being treated for injuries than playing sport, though he is the current Melbourne Sports Photography cycling champion. He has a background in wedding and stock photography. That's him on the right of the photo.

Sally grew up in the UK where she studied press and editorial photography at university. She comes from a family strong in tennis, and gets very excited each time the Australian Open rolls around. She has photographed Wimbledon and the Australian Open, with just the French and US Open to go to complete the photographers career grand slam! Go Sally! She has shot a wide range of sports particularly football (she means soccer!) and rugby. We are educating her in Australian Rules Football. Sally leads the Melbourne Sports Photography post production team. That's her in the middle of the photo.

Phil has recently been liberated from a 20+ year telecommunications career. When he's not shooting sports he is leading the Melbourne Sports Photography back office operations and refining our processes. Phil is known as an actor having appeared in national television advertisements, and still gets referred to as "The Coles Guy". Phil is involved in his local basketball, volleyball and football clubs. He is a gun fisherman and he uses that reputation to justify buying all sorts of fishing gear! If you need to know anything about fishing gear or bikes - Phil is the man. That's him on the left of the photo. 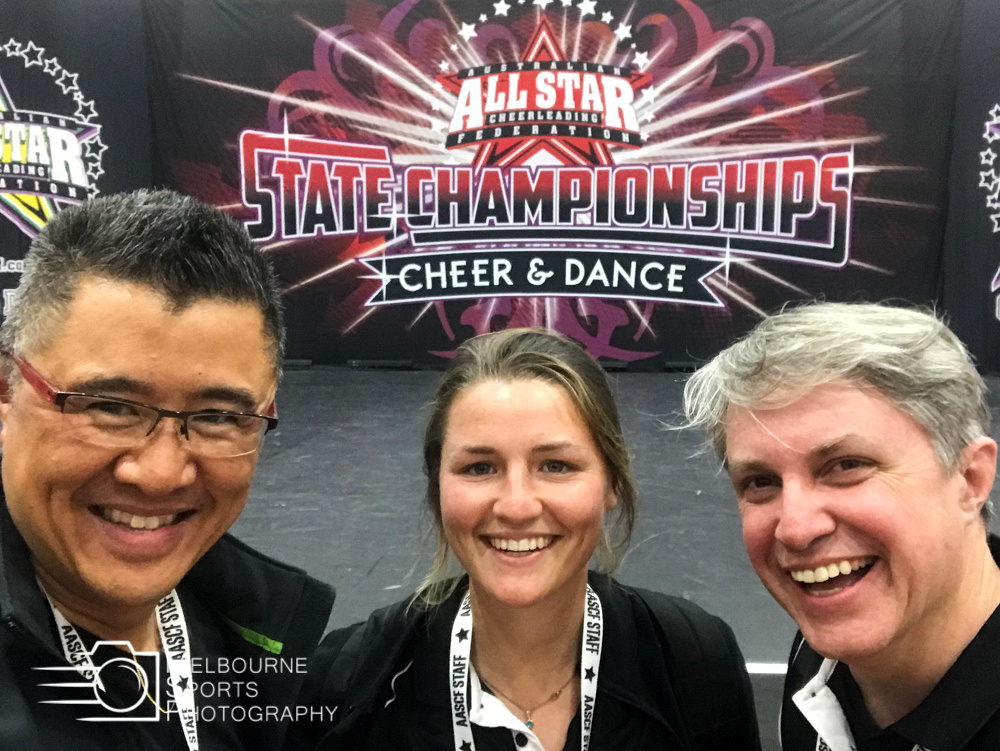